CHICAGO BEARS RISE TO THE OCCASION WITH VIAGRA 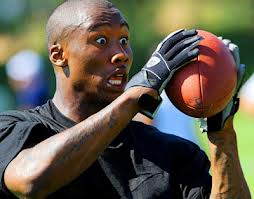 "Molly," says McGee.  "See the sports section?  Guy with the Chicago Bears says they take Viagra before their games?"

"Viagra?  You're kidding."  She pours something murky from the Mr. Coffee.

"No.  Listen."  He leans over the table, moving his finger as he reads.  "Brandon Marshall, guy plays with the Chicago Bears.  '...it is such a competitive league, guys try anything just to get that edge.  I've heard guys using like Viagra, seriously.  Because the blood is supposedly thin, some crazy stuff.  So, you know, it's kind of scary with some of these chemicals that are in some of these things so you have to be careful."

She sits next to him, swizzling her coffee.  She blinks.   "Guess that means linebackers will have to watch out for more than just a stiff arm now."

He stops, and looks up.  Molly?  He looks off toward the window. "Yeah, you got the quarterback with his hands right there under center, YIKES."  He looks back at her, wide eyed. 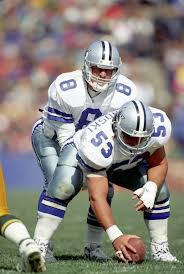 They both giggle
.
"I tried taking Viagra once," says McGee,  "but I swallowed too slow and got a stiff neck."

"My God, McGee."  She shakes her head.  "At least, I have something I can use with the doctors I call today.  Tough on a girl pushing condoms all day."

Two condom salespeople, sitting in a break room.  On the wall is the company's name;   Randy's Universal Latex, Inc. (NYSE: RUT).  'Make sure your Willie Warmer is a Randy.'

"But this is terrific news, you know," says McGee.  "We got a whole new clientele.  Once this gets out, every football player in America above the age of ten will want to take Viagra.  The Chicago Bears take it, come on.  We're talking every kid from 10 to what...40.  Then those from 40 to 110, they'll want it for sex."

"Young kid's will be taking it with their morning Fruit Loops."

Molly brightens.  She sits up straight.  "And what are the awful side effects of Viagra?  You know, besides going blind, it's VD and huge families."  She grabs McGees shoulder.  "A parents worst nightmare.  Their teenage daughter getting pregnant, or catching some kind of awful venereal disease.  We'll be their savior."

"What parent wants their football son sidelined because of disease, or he's quit school to raise a family?  None that I know of."

"Now," says McGee, "Viagra will be taken for energy.  Sex becomes the ugly side effect."

"Wow," she says, scootching her chair up to the table.  "And how is this going to work?    After the game, kids will not be able to calm down, one thing on their mind.  And what do they need?  Condoms.  And who makes the best?  Randy."

"Viagra is better than caffeine for athletes." says McGee.  "It's better than Red Bull, even  5-hour Energy."

"Commercials like...Your brain on crack with a fried egg.  Show some small intestines, you know, body parts with V.D.  Protect yourself, get a Randy.  Or a picture of a fifteen kid family.  Child support could be a real problem." 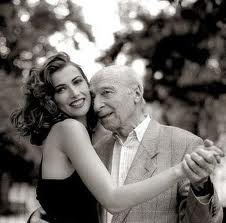 "McGee, this is big, really," says Molly.  "I don't have to concentrate on selling to,"  she ticks off on her fingers,  "Cops to protect field drug samples, gangsta mules, gun dealers.  They use them to keep their silencers clean."  She takes a breath.  "Not to mention all the arrogant hospitals buyers I have to bribe."  She sighs.  "I can contact families of football players."

He takes her hand with both off his.  "Molly, were on the door step of a whole new Randy world."

They both take deep breaths.

The NCAA." he whispers, breathing heavily.  "Every university, college, high school athletic department.  Viagra, and Randys will go together.  Can't think about one without the other. Like Harley and Davidson, Rock and Roll, like Bonnie and Clyde."

They high five.  But he holds onto her hand.

Their eyes meet.  "Viagra will be over the counter, soon, since they've sold so many.  We make a package deal with Pfizer, people who make Viagra.  I can see it now.  Little quickly packs, 25 Viagras and 100 Randys in a plastic bag.  Buy them at Rite Aid on your way out, at the register.  Ralphs,  Big 5,  Dick's Sporting Goods." 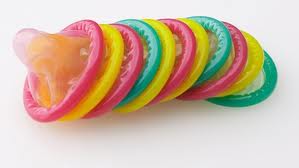 They hold each other, and begin to shake.  Faces get hotter.

"Yes," he says.  "10 Viagra, along with 15 assorted condoms, like the Leviathan, the Earthquake, or the Funicus Maximus."

"Oh, oh, the Funicus Maximus," she says.  She squirms in the chair.  Her eyes start to roll back.

"I feel it, too," he says.  "We'll get NFL endorsement, their logo on each wrapper.  Advertising in Sports Illustrated, Men's Health,  GQ.  This is big."

They begin to pant.

"Here's the thing," he says.  "We get with Senator Fibber.  This company's got to have some clout with the guy, get him to get with the FDA."

"We get the FDA to make it a crime not to sell then together.  Viagra and Randys."

"And Molly."  He strokes her hair.  "We give doctors a commission."

"Yeees.  Like car salesmen get.  Why not doctors.  HMO's pay doctors extra to keep costs  down.  Ten cents for each Randy prescribed. They'll love us.  We'll make soooo much money."

"We'll get Brandon Marshall to do our ads.  Why not?   If Shaq can do those Icy Hot commercials, come on..."

They crash together and kiss, hot, shaking, clutching.

Then she stops and jerks back.  She stares, stunned, then turns, and quickly smooths down her skirt, and checks the buttons on her blouse.

McGee winks, and steps back.

They rush off to their cubicles. 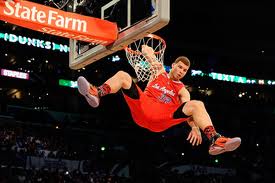 And while she too calls her broker, she wonders what if the NBA takes up this Viagra craze?

Those thin shorts?  Cameras looking up from the floor?  Guys hanging from the hoop?

She fans her face with both hands.