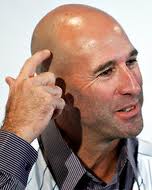 But there's silence in the Arizona hills.  "Dale, I got  one."  There's no answer.

He looks out toward the trees, and sees Dale.  And waves.  But Dale is down on one knee, hunched over, holding his head.  Blood drips down the side of his face.

Robin rushes up to him.  "Dale, what the hell?"

Dale groans as he looks at his red hands.  They shake as he touches his head.

"Robin, look at me.  Did I get hit anywhere else?  I can feel pain in my back.  You got me in the back, up high."  He touches his face, his neck, and unbuttons his shirt.  He feels his chest.

They both kneel in the sand as Beethoven bounces up and drops a small quail at their feet.  "Good Beethoven,"  says Dale.  He takes deep breaths.

"Get the first aide stuff.  I don't think it's all that serious."

Dale pets Beethoven's head.  "He shot me," he says.  He lightly touches his right ear, and jerks at the pain. "I guess I was too close and right in his sights.  My fault, I guess, partly.  Robin was so excited to shoot something."  He breathes deeply.  "Like Cheney when he went shooting, shoots his friend in the face.  Could've been like this, but I think Cheney was drunk that time."

Again he touches his ear.  "Okay, it's not that bad.  Might need stitches, might not.  Oh Boy."   He rubs Beethoven's neck.  "I came real close to getting killed, my friend. Real close."

Yount is back with a metal box, opens it and starts dabbing Dale's ear with a swab.

"I think there are some pellets in my back, too."

Robin's face is red and sweaty.  He moves around and takes off Dale shirt.    "We gotta get you to a hospital fast.  I don't know...but the blood is stopping."

Robin wipes his forehead.  "How could I do something like this."  His eyes start to roll back at the sight of the blood.  "I don't like all this blood."

"Yeah, I better get checked up.  Must be an emergency room around here somewhere, but don't worry," wiping blood off his shoulder, "all I'm going to say is the bird flew up in front of you, you lost track of where I was and you pulled the trigger.”

"Funny, but...too early to start making jokes, Yount." says Sveum.  He dabs at his ear.  "You're just mad because the Cubs hired Rob Deer, a .220 hitter, as their batting coach over you."

"I think you're feeling a little better.  I called 9-11.  I hope you're all right?  Nothing more than your ear and your back."  Yount sits beside Dale.  "Once everybody hears about this...It'll be all over the papers, all this about guns and athletes in the news already."

"No, no," says Robin. "It's people who pull the triggers."  He wipes his hands on his jeans.

"We'll be on the sports section right there with Belcher, shoots his wife then shoots himself.  They'd be alive if he didn't have a gun, and started shooting."

"Robin, it's not the same thing.  This was accidental. You got too excited and shot."

"They'll take away my registration.  I won't be able to go shooting...'

"Robin, I'm not going to tell anybody.  It was an accident.  Belcher had problems.  The team knew he and his wife were in trouble, and they say they..." And he stops.

Beethoven jumps.  A machine gun fires from above the ridge by the cactus.  Right up there.  Dirt flies ten feet in front of them, like fireworks.  A killing machine.

"Holy Christ," says Dale.  There's shock.  Then both scramble behind a large rock, flat on their stomachs.

"We gotta get out of her.  They're shooting at us."  Dale, on his feet, holding his ear, runs wildly toward the SUV.

Robin yelling, "Hey, STOP.  Stop shooting.  You're shooting at us."

Two men lurch into view up by the hill.  They're laughing, walking like rag dolls.  One swings a bottle.

Zig-Zagging, they make it to the SUV, Beethoven bouncing into the back seat.  They looked back to see the two men hobble back up the hill, both holding automatic rifles, shooting at the sky.

"That's how people get killed," says Dale.  "Crazies, people drunk, showing off, shooting without thinking.  Guys who think killing will solve their problems, and go shoot somebody."

The SUV engages, wheels dig, and they leave dust.  Out of breath, they wave down the Paramedics arriving from Scottsdale, and good luck.  No stitches needed, and a large bandage for Dale's back does the trick. 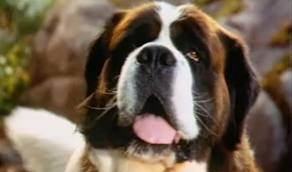 "See the football game other night, with Bob Costas at half time.  Guns in football, he says, it's a culture. They all carry guns. That's a major problem that has to be solved."

"Drugs, there's a lot of guns there," says Robin.

"That's for protecting their territory, their profits, but in Sports...Come on, they don't all have guns," says Dale. "It's guys who think somebody else is responsible for their lives, their pain, their supposed hardships. If they looked at themselves, they wouldn't be shooting other people."

Dale looks at Robin, "Unless, of course, they have a gun, and they're so competitive they have to be the first one to get a quail."

"That's right...so...where's my hundred bucks?"  He looks up at the large white bandages on Dale's right ear. "But, if you think...you know...since I shot off part of your ear...and you don't think I deserve..."

Dale pulls out his wallet, peels off a hundred dollar bill, folds it small, and flicks it at Robin, skipping it off his right ear.