THE THREE WISE MEN OF THE NBA 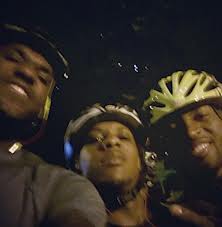 LeBron James,  Dwyane Wade & Mario Chambers bike ride once a month in Miami's Critical Mass Ride.  The route takes them through Omni, Edgewater, Upper East Side, North Bay Village, Miami Beach, Venetian Islands, ending Downtown.   An event that bring respect for the bike rider in Miami.  Thousands ride every month.  What better way to bond with the people of Miami?

The three ride on Christmas Day, after their game with the Thunder.  It is a special ride.

"Hey, guys," says LeBron.  "A little different tonight.  A detour.  We're going to stop in to the Fontainebleau Hotel.  They're having a Christmas Toy Drive.  Whole bunch of little kids'll be there."

"Yeah," says Mario.  "They have it every years, give kids toys during Christmas.  Real nice thing."

"Got it covered," says LeBron."  He shakes a paper bag.  "We'll give these.  They're gift cards. Got a couple hundred or so.  Magic Johnson's Theaters.  Each gives you a year's worth of movies.  Just pass them out.  Kids'll love them."

LeBron looks over at Mario.  "Come on.  It's Christmas.  Let's go.  It'll take about an hour to get over there."

North on Biscayne Blvd, twenty minutes, they slow down.  They're lost.  The Fontainebleau is west of the AA Arena, but aren't they traveling North? 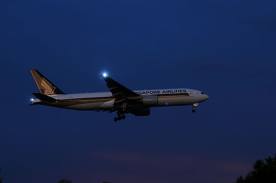 And they do.  The Lights in the sky show them the way.

Half hour later, relieved, they sail into the parking lot at the Fontainebleau.

Inside, a lady stands at the hotel's reservation desk.  She has no bags.  She's pregnant.

"I'm sorry ma'am.  This place's full.  There's absolutely nothing available."  His voice is grim.  "You must have a reservation.  I'm real sorry, but you'll have to leave..."

The lady moves back, a tear in her eye, but goes into the hotel instead.  She needs a place to sit down.

"Ma'am, you can't go back there," he says.  He taps the bell for security.

Outside, our Three Wise Men park their bicycles and plow through the glass doors.  There is a red and green sign pointing toward a large room full of screaming children.

"This must be the place," says Dwyane.  He waves to children going in.  They stop and wave back, their mouths hanging open.  They wave back, fun in their eyes.

As the three moves toward the room, LeBron look down a long corridor, and sees a woman sitting on the floor.  She holds her head.

"This isn't right," says LeBron.  He walks down the corridor.  "Are you okay, Miss?" 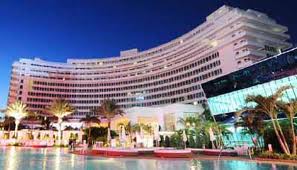 On the run, "Hey, Dywane.  Mario. Another detour. We're not staying.  We gotta get this lady to a hospital."

The man at the reservation desk points.  "There.  Get her. There she is."  Two security guards move from the shadows.

"But...it's LeBron James?" says one of the guards.

"But she isn't supposed to be in here?  Arrest her."

The Three...well, actually it's The Four now...rush by the open door of the Toy Drive.  There are hundreds of kids and presents inside.  Pandemonium.

"Here," says LeBron to the guards.  "We brought gifts.  Pass these out to as many kids as you can."  He tosses them the paper bag.  "There's a couple hundred in there.  We gotta go." 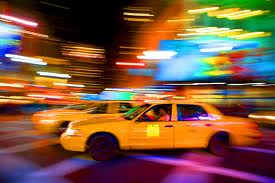 Out they fly, piling into a cab.  And they're off, with all four, in unison, yelling, "Jackson Memorial Hospital."