WARREN SAPP LOSES HIS SUPER BOWL RING IN HIS COUCH? 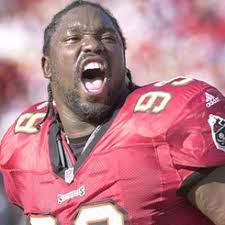 Warren Sapp filed for bankruptcy earlier this year, but he says he lost his Super Bowl ring from the 2002 season.  When he showed up for the Tampa Bay Buccaneers 10 year Super Bowl reunion last Sunday, he was wearing the ring.  He says he found the ring in time for the reunion.  Turns out the thing was under the cushions in his couch the whole time, along with the remote.

HOW IT REALLY WENT DOWN:

Stenciled on the door:  Salvatore Manila,  Attorney at Law.

Warren Sapp and his posse of four push through.

"I'll get more chairs," she says.  She smiles, and points to the chairs in the other room. The posse brings in the chairs.

"Gentlemen," says Sal.  "Glad you could all come."

They look around at the mahogany walls, desk, the cabinets.

"Nice,"  says one of the posse.  "Ooooo," says the rest, and flop down in the cushioned chairs.

"Okay Sal," says Sapp.  He giggles, looks around, and crosses his feet on the mahogany desk.

"What's this all about? Get a panicky call from my lawyer.  I gotta change my schedule, you know."

"You got a lot of debts, Warren.  About the bankruptcy.  We gotta talk."

"I owed people money? I know that. There was the bankruptcy."  He looks around, big smile.  "You're the one supposed to pay all my bills for me." 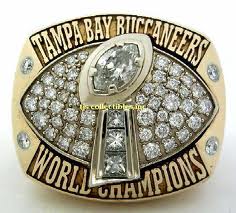 His posse, laugh, but squirm a little in their seats.

"Hey, you're not alone," says Sal. "A 2009 Sports Illustrated study found that 78 percent of NFL players are bankrupt two years after they retire.  And fifty percent of the NBA five years after leaving the league,  broke.  Can you believe?"

"Hard to feel sorry for someone gets his Bentley repossessed, Warren, come on," says Sal.

"Sal, you're supposed to be my friend.  Didn't we already do the bankruptcy stuff."

One of the posse raises his hand.  "Man got robbed by bad investments, bling bling, balling, getting robbed by whitie collar guys.  That's the truth."

"Got that right," says Sapp.

"You know I got expenses," says Sapp.  "Two kids with Jamiko.  And, well, four other kids with four different ladies along the way."

"Oooooo," the others say in unison, laughing.  They point at Sapp. He smiles, and shakes his head.

"Bankruptcy judge called me." says Sal.  "Your Super Bowl ring was not one of the items on your list.  You gotta give it up.  It worth quite a bit of money.  They'll want you to sell it."

"But you got no choice.  They know you got it.  Hell, everybody knows you got it."

"If that's what happened, you sold it, then they'll want the money you got. Pay back some of your debts."

"Look, Warren, I can't tell you to lie, but...I can give you a ...hypothetical.  You lost it, could happen, but for something as valuable as your Super Bowl ring?  Might be a hard story to sell."

"I can believe it," says a posse.  "Remember, the Bentley, we had to get it out of impound?  You forgot where you left it. Four in the morning that time?" 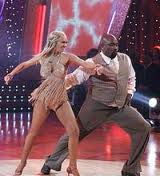 "Maybe we can think up some other place..."says Sal.  "If you really lost it."

"Sal, it'll work, come on, it's me.  They'll believe me.  I was on Dancing with the Stars.  People believe Celebrities."

"Warren," says a posse.  "We was watchin' Sports Center, eatin' Doritos, you know, and we maybe lost it in the couch?  Under the cushions, you know.  All kinds a stuff gets lost in the couch."

"But," says Sal.  "Not saying that won't work.  But...I can't tell you what to say, but...hypothetically..." He rubs his forehead. "This is about as believable as Andrew Bynum saying he hurt his knee bowling."

"Relax, Sal," says Sapp.  "I gotta go to the ten year Buccaneer reunion.  I can't go without my ring.  Miracles of miracles.  I found it." 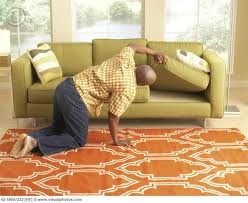 "Warren," says Sal.  "Maybe I can make some kind of deal with the bankruptcy court, and you can buy back the ring, so you won't have to...Misrepresent...?"