THE HORNETS ARE CHANGING THEIR NAME TO THE PELICANS...WHAT? 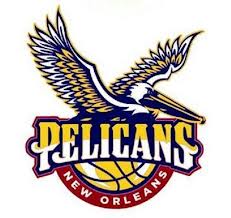 Two Brown Pelicans balance atop the far rail on the pier at Paradise Cove, Malibu.

"Hey," says Billy, moving over to Scoopie.  "See the Sports Section in this morning's Times?"

"Hi, Billy," says Scoopie.  "What?  Are we  finally off the endangered list, and now we're fair game again?  What with the economy, you know we're just as tasty as turkeys."

"No, no.  The owner the New Orleans Hornets...NBA...he's changing the name of his team."

"Makes sense to me," says Billy.  "Being it's down in Louisiana.  All those Pelicans down there.  It is the state bird."

"New Orleans Pelicans? I guess?  But wouldn't something like, I don't know, The  Brass be better.  Like the horns in all the parades they have?"  She smiles.   "And when New Orleans team gets a rebound, it'll be the Brass' ball.  Now that sounds cool?" 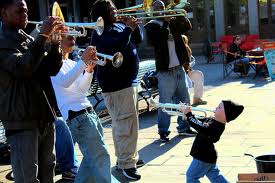 A wharf rat sticks his head out from under a piece of ratty canvas. "Brass Balls?  What?"

"The New Orleans Pelicans?" says Plague.  "I read about it.  Sounds real intimidating.  I'm all scared.  The Pelicans?  They're kidding, right?"

"We're part of the landscape on the Gulf Coast.  As team mascots go, could be a lot worse.  They thought the Anaheim Ducks were a joke, until they won the Stanley Cup."

"Billy...Scoopie,"  says Plague.  "I hate to say it, no disrespect, but you guys are big, clumsy sloth kinda birds, hanging around the pier, all like slow motion."

"Come on, you know us," says Scoopie.  "We eat fish, not rats...usually... so you don't see the killer in us.  Hey, we can be real ferocious when we want to be.  But yes, we're usually pretty calm.   Unless, you know, some little rat get under our skin."

"Okay, okay," says Plague.  "If they're changing their name, why not the New Orleans Funk?  New Orleans gotta have that funk."

"You ask me," says Scoopie, "We're pretty beautiful, and fascinating.  Pigeons?  Sea Gulls, Sandpipers, come on.  We are the ones that stand out."

"Or," says Plague, twitching his whiskers, "How about The New Orleans Cornbread N' Beans?  You want a home town name.  I got relatives down there on the bayou."

Billy flaps his wings. "Strong, dedicated, selfless and fierce are good ways to describe us. We can carry more than our weight while flying.  Can survive a hurricane and would tear off our own flesh to feed our young.  Can a Baltimore Oriole, or a Cardinals, or a Blue Jay come close?  Don't think so."

Both scowl down at Plague.  Billy pokes his beak at him.  Plague scurries back under the canvas, a weak squeak in protest.

"Hell," says  Billy, looking off toward the horizon.  "We can certainly be fearsome. Take a Raven. It eats bugs, and seeds, and fruit.   Dead stuff.   We eat meat, and only meat, and only if it used to be alive.  And we're not like Eagles or Falcons, or Hawks, we don't scrounge somebody else's kill.  We're not like that." 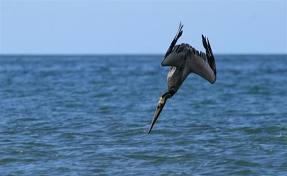 Scoopie nods.  "We don't splash around in the water, either, trying to gulp fish swimming by.   No way.  We put our wings back and dive to catch them.  Sardines, smelt, anchovies, grunion.  We are the real Raptors."

A Sea Gull, a tad scrawny, drops onto the rail.

"Scraps," says Scoopie.  "You need to eat something.  Not enough left overs on the beach this morning?"

"Clean as a whistle, sweetie.  Hey, couldn't help overhearing.  New Orleans Pelicans?  Can you believe?  Aren't they the creepiest and scariest birds, with those honkin' long  beaks.  You know that's how people see you.  You can't deny it, you know."

"Scraps, you've seen us do our death dive.  The last thing those fish see is lights out when we chomps down.  Swallowed alive."

To the side there's movement, and Billy sees it.   A man in plaid shorts and dress shoes, a camera around his neck, creeps along the railing.  "Maude, look-ee.  It's a Pelican.  I'll get real close, and grab it's bill.  Watch me."

Adrenalin shoots through him. He jumps up, floats off the rail, then turns and dives straight at the man's chest, knocking him backwards.  He snaps his bill.  "Get lost, pal.  Grab my bill?  Like hell."

"Hey," says the man, scurrying away.  "I didn't mean nothing...take it easy..."  And slithers off back to safety behind Maude's day-glow pants suit.  "Sorry."

Scoopie smiles as Billy flutters back to the rail.

Plague noses out into the light.  "I got it.  The New Orleans Jambalaya."  He raises up on his back legs.  "Two ways, see.   Jam like they're jammin', or like a slam dunk type jam."  He waves his front paws. "Now that's the perfect name." 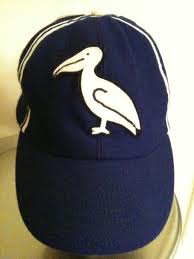 "Don't think so," says Scoopie, watching Plague's little dance.  "Pelicans work together.  We practice 'cooperative fishing,' herding fish into a bunch so we can do our dive-bombing.   A mascot that works as a team.  No my friend.  Pelican.  That's the perfect name."

"Guys," says Scraps.  "Mascots are supposed to be fierce.  Tigers, Lions, Raptors.  Not Pelicans.  It's too...goofy.  You guys are my friends, but come on, jeeeeez."

Scoopie nods her head.  "Pelicans gotta better than Cornhuskers, or Boilermakers, or how about  Beetdiggers.  The Irvine Anteaters, talk about ferocious."

"What's worse?" says Plague. "The name'll be shortened to The Pels.  'Tonight, the Pels face off with the Clips in a battle the silliest nicknames.  The Pels, ya gotta love it."

Scraps starts to giggle.  "How about the New Orleans Popeyes.  Or have I been watching too many TV commercials?"

"Well," says Billy.  "I don't care what you two think.  I like the new name.  It means something to New Orleans, and it's better than the Hornets.  It about the city.  Lakers?  Where's all the lakes in L.A.  Utah Jazz?  Memphis Grizzlies?  Wizards?  There's no connection. "

Scraps looks down at Plague and winks. "New Orleans Gumbo.  Kid gets drafted right out of college, 'I can't wait to be a Gumbo.'"  They both snicker.

"You want something New Orleans...Frozen Daiquiris." says Scraps.  He guffaws.

He does a jig.  Scraps hops on the rail.  Both howl. 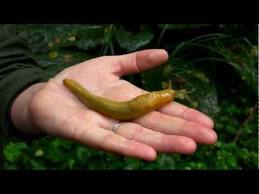 "Ugg," says Billy as he touches Scoopie's wing.  And as they both push off and soar away over the vasty deep, Billy says,  "In the never ending search for the perfect name, and the New Orleans Pelicans is an exceptional one, none can compare with UC Santa Cruz's mascot.